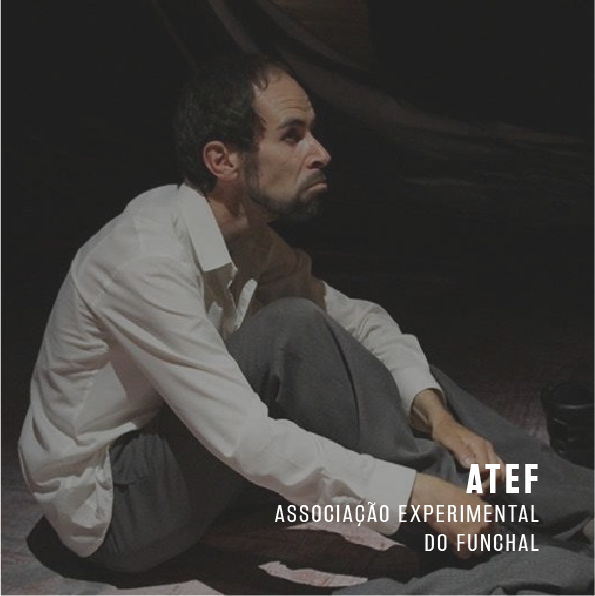 The Associação de Teatro do Funchal (ATEF) began its journey in 1975, since then they have already performed hundreds of shows all over Madeira and national spaces: Circo de Braga, Coliseu Micaelense (Azores), Coimbra, Cultural House of Beja, Chapitô, Theater A Barraca, Fafe, Porto, among many others.

They have performed in various festivals (FITEI - International Festival of Expression Iberian Theater - Porto, Regional Meeting Funchal in Lisbon, Festival Colombo - Porto Santo, Cortejo 500 Years of of Funchal). They also participated in Book Fairs, Festivals of Culture and others.

They present one of their most recent productions at the festival Aqui_Acolá.

At the center of the action, a scenario arising from the dictatorship of the Old Regime and the post-Carnation Revolution, inhabited by a clandestine, refractory emigrant, deserter of the overseas war and anti-hero of this story.

Pedro dos Anjos, protagonist of this adventure, is a naive and in good faith man who, with his simplicity and innocence, ends up committing crimes against a dark country, illegally emigrating and deserting, involuntarily, the fulfillment of duty in a scenario of war colonial.

He forced himself to leave for France, in search of better living conditions, supposed guarantee of a more economically uninsured future for himself and his wife.

But a letter from Portugal sent him back, impelled by a feeling of "honor." It was then that his path became entangled in other illegalities and the consequences of his present and past acts.